There is a place in Isla Mujeres that is known as La Tortugranja, where they take care of the eggs of the turtles that come to spawn on the beaches of the Island, incubate the eggs in the sand and once the turtles are born, some place them in ponds and others are released into the sea to continue the cycle of life

In the 1980s, the efforts of a local fisherman led to the founding of Tortugranja Isla Mujeres, 5 km south of the city, which protects the grounds of the turtles breeding with wire cages around the places to protect to its eggs from predators. The young live in three large groups of up to one year, then they are marked for surveillance and released. The practice of surveillance through their first year greatly increases their chances of survival. On the other hand, the turtles that leave this protected beach are susceptible to return every year, which means that their children will receive the same protection.

Inside this farm, there is an aquarium where turtles of different species and of different sizes exist, one can observe them from babies up to about half a meter in length.

It is said that the turtles come to spawn or lay their eggs at the same place where they were born and that of every 100 turtles only one achieves it. That is to say that the death rate of these animals is enormous, either due to their natural predators or to the hand of man. That’s why seeing a turtle take a spawn to the beach is an act of strength and courage to survive in an increasingly adverse world for them.

The Isla Mujeres Turtle Farm is located in the south of the island, on the Sac-Bajo highway, about a kilometer north of the beach. The entrance has a cost of $ 20.00 pesos, there you can buy small bags with food for the turtles if you want to feed them, for a cost of $ 20 pesos. 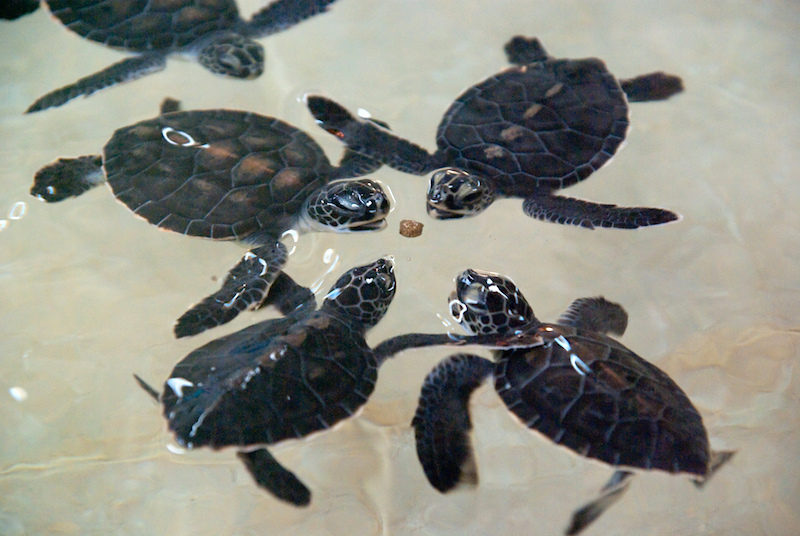