The whale shark is the biggest fish in the ocean, they can reach up to 40 feet, which is the length of a school bus, and weigh up to 20 tons. Its skin is up to 4 inches thick and has three distinct ridges running the length of its body.

The life of a whale shark is a mysterious one and little is known about their habits away from these feeding areas. No one seems to know where they go to give birth, a spectacle that scientists have yet to witness. It is estimated that up to 800 whale sharks congregate here during their annual feeding frenzy, and the biggest recorded group sighting spotted over 400 in 2009, which was a bumper year for the fish.

These gentle giants cruise the oceans feeding on plankton, which it sieves through its large mouth, filtering pads and gills processing up to 1500 gallons of sea water an hour. Here the whale sharks congregate around the North Eastern point of the Yucatan, near the Holbox, Isla Contoy and Isla Mujeres regions, to feed on the blooming plankton that just like a flower, needs sunlight to blossom. As the plankton blooms near the surface the whale sharks are found cruising here, scooping up these microscopic plants. This offers the perfect opportunity to meet face-to-face with one of these magnificent mega-fish on a snorkeling expedition.

The season for whale shark encounters in the Yucatan Peninsula is from around May to September and is regulated strictly by the authorities. Only licensed tour boats may approach the animals offering snorkeling, not scuba diving, trips. For you divers this is no great loss, as due to the blooming plankton the water is often cloudy or milky with poor visibility for a diver. However, for a snorkeler it is optimal as the whales feed near the surface, which is perfect place for a once-in-a-lifetime snorkeling encounter with one of these majestic, and entirely harmless, mega-fish. 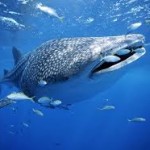 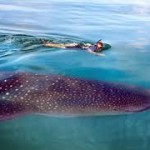 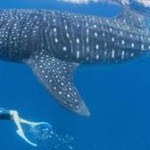 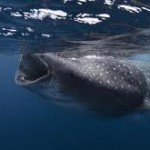 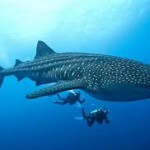 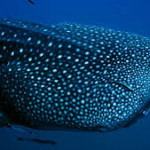 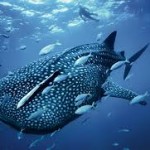 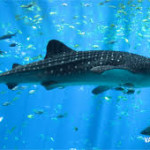 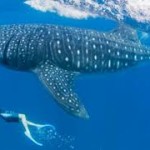