Do you know how the cenotes were formed?

They are geological depressions that are formed by a natural process, and then fill with water. Normally, the cenotes are interconnected by underground tunnels. These water tunnels give cenotes unique characteristics.

One of the most striking is that the appearance of the cenotes is similar to that of a lake or well, but its waters behave, in reality, like those of a river, by the continuous flow of them through the tunnels. This keeps alive the flora and fauna present in its waters, and also helps to maintain the populations of some species completely endemic. However, its formation was not an event that happened at random from one day to the next, but it has a complex and interesting history trapped between its walls.

Many years ago, the entire area that lies towards the southeast of Mexico was only a coral reef covered by the waters of the sea; then, the sea levels dropped, which caused that this barrier was exposed, to later die and become, finally, in a dense tropical forest. 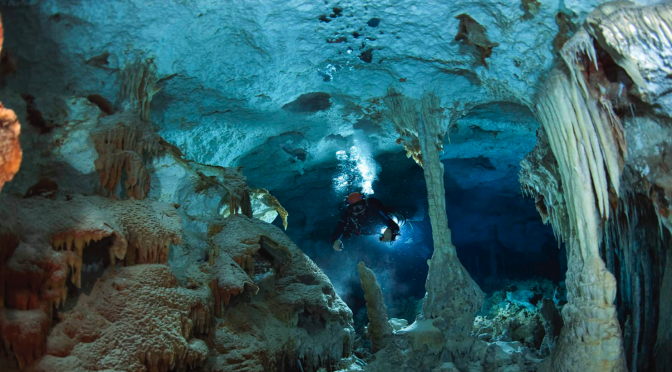 It is in this environment when rain begins to fall, after the last ice age occurred, and this rain was mixed with the large amounts of carbon dioxide that was in the atmosphere during that time.

This mixture gave rise to carbonic acid, which was further acidified by contact with the soil where it fell. This had high levels of decomposing organic matter that produced more carbonic acid, so the aggressiveness of the water was really remarkable. Then, the mixture of salt water with fresh water further increases the aggressiveness of the water on the limestone (mainly), which dissolves it gradually and creating holes in it.

Over the years, these holes expanded their dimensions, generating, simultaneously, tunnels and passages, which created underground water systems very similar to the rivers found on the surface of the earth. Then, with fluctuations in sea levels, some caves became totally empty, which caused the existing roofs to collapse completely, giving rise to open cenotes.

When raising and lowering the sea levels, various materials accumulated after collapses and dissolutions by carbonic acid, were giving rise, in the cenotes, to various natural constructions, such as stalactites, columns and stalagmites.

All this process is known as “Karst” or relief, and was what gave rise to these enigmatic water holes in the coasts of Yucatan, which were admired and respected by the ancient Mayan civilization. 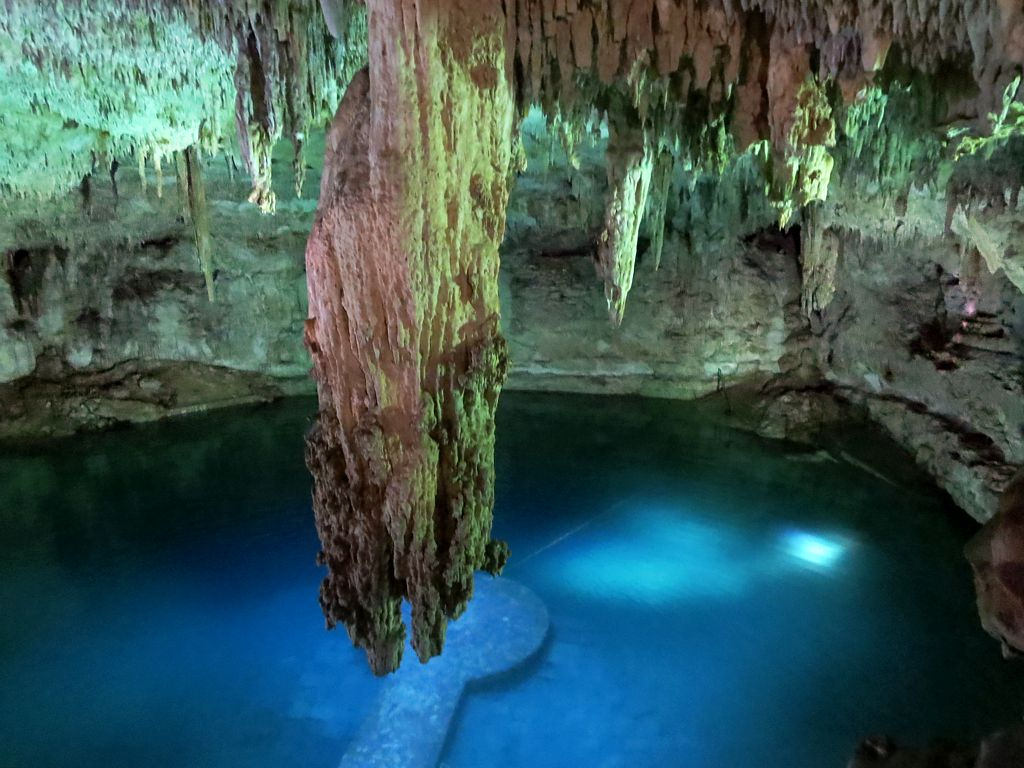